12 Hour Comics and a 4 Year Anniversary! 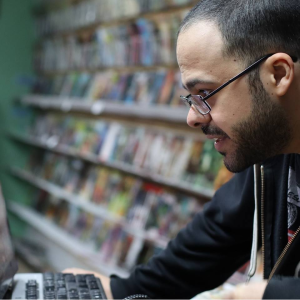 Dimitrios is the store handler for Anyone Comics. He is the author of Millennials: You Are Special, Greasers in Greece, and Frankenstein vs Dracula: Throughout The Ages. He is the architect of his own destruction.

We made it through to the Labor Day sale; 20% off purchase!

We are doing well. How are you?

You guys want horror comics! We got them

It was great seeing Legs and @grant_dearmitt in th

Shout out to the plug @dillen_danger_ for bringing

The kaiju from the #GodzillaVsKong Monsterverse as

A picture of me talking to people who don't want t